Hannah's horse, Harry, has been stolen and held to ransom! Collect the coins to pay off the horsenappers but avoid the evil ghosts who are out to stop you!

Hannah can collect power-ups to help her in her quest, but beware that some items can make her task more difficult.

Help Hannah's Horse is a restyling of the retro arcade classic PacMan where the aim is to collect coins and avoid ghosts around a variety of mazes. Help Hannah's Horse expands on the classic formula with the addition of moving carrots and collectible power-ups and bears a similarity to the CodeMasters game "Fast Food!".

When all coins and carrots have been collected, Hannah moves onto the next maze and a step closer to retrieving Harry.

Help Hannah's Horse started as a simple learning exercise using C++ and SDL 1.2 on Linux back in 2006 and a first version was released in 2009. In Summer of 2020 the project was resurrected and ported to SDL 2.0 to take advantage of features it offered, and later that year it was rewritten for Android in Lua using the excellent Solar2D framework but retaining the same graphics and musical assets as the desktop version.

The desktop version (C++ and SDL) is open source; the Android version is not.

Use the arrow keys (desktop version) or swipe (Android version) to move Hannah around the maze and collect the coins, carrots and powerups, but avoiding the ghosts. Collecting a power pill makes the ghosts temporarily vulnerable to Hannah and she can eat them, sending them back to their start position.

There are several items Hannah can collect to help (or hinder) her in her quest:

Makes ghosts temporarily vulnerable to Hannah. She can eat them to send them back to their start positions.

Makes Hannah temporarily invisible to ghosts and carrots. She passes straight through them without eating them or being eaten by them.

Makes ghosts move at half speed, making them easier for Hannah to outrun.

Freezes time for a short while so that neither ghosts nor carrots can move (but Hannah can!)

Reverses the direction Hannah moves when asked to go left or right. More of a power-down than a power-up!

Hannah on the Play store 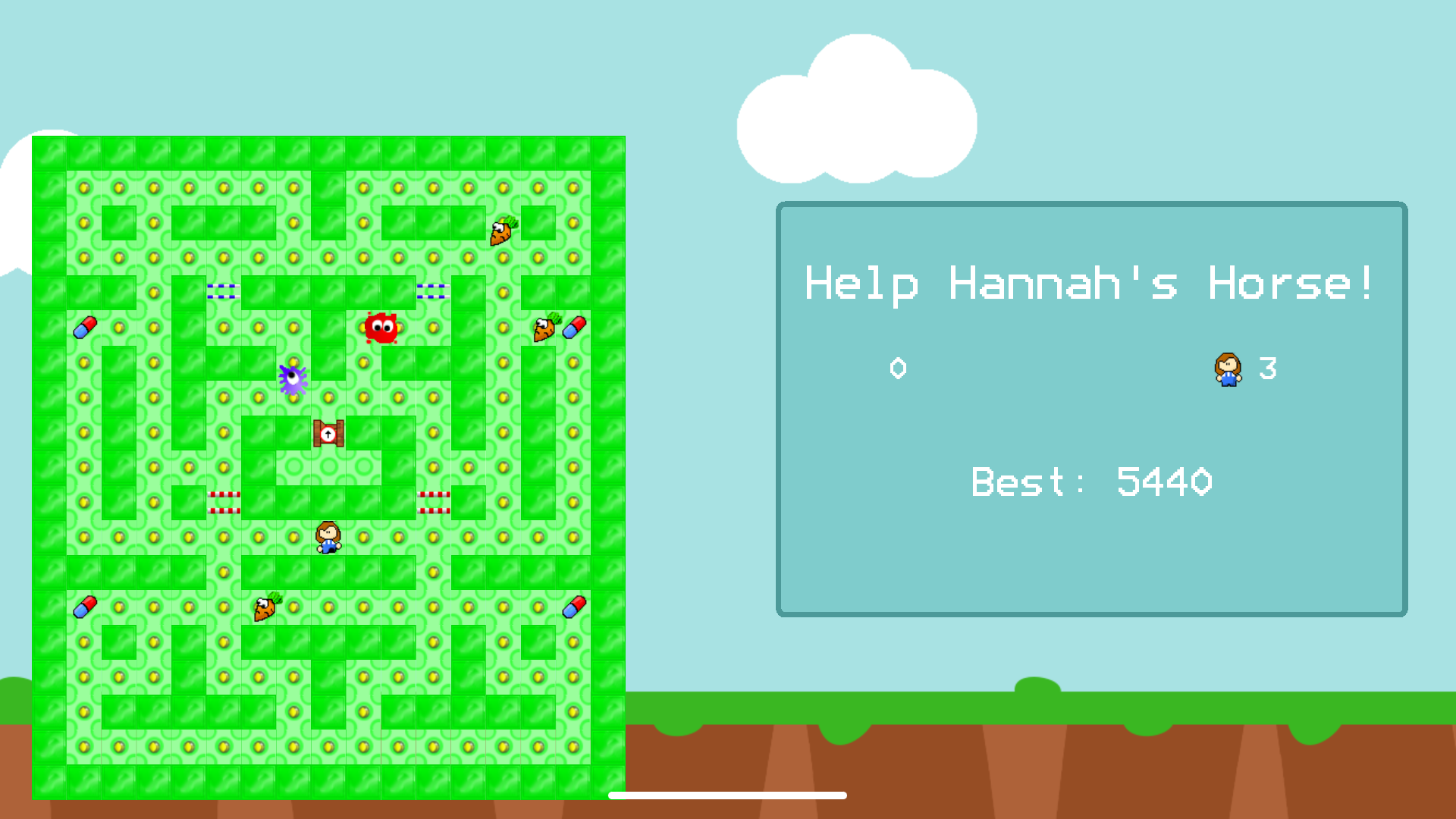 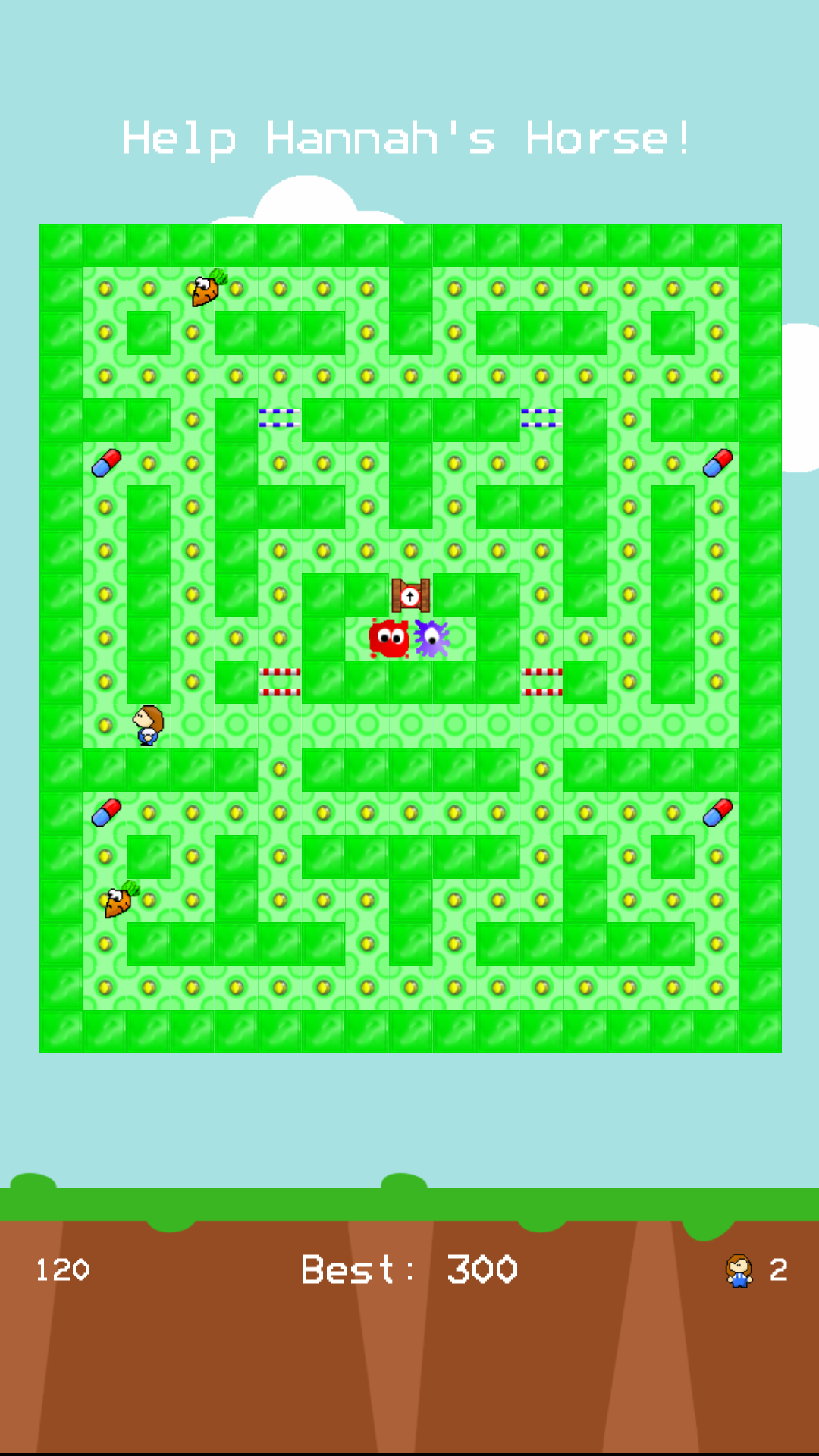